The 'Pre-Season' tab created during the pre-season will disappear when a new season starts and will not be included in the previous or current season. 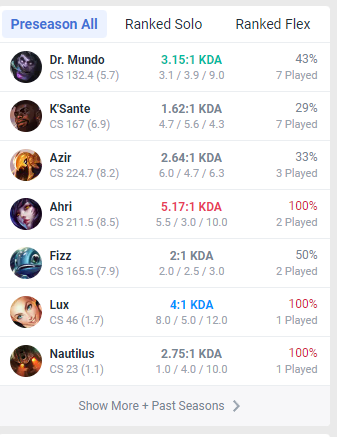 Previous season tiers are displayed based on the Solo Rank tier at the end of the season. Therefore, even if there is a tier change during the pre-season, it will not be included in the previous season tier data.

You can check out the match history from 1 to 5 months (including pre-season matches); however, it'll disappear after it has expired or been deleted.